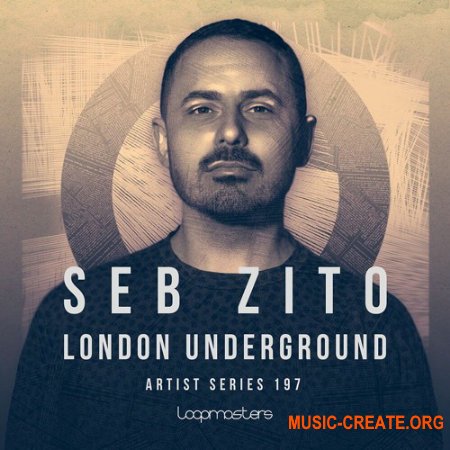 
Loopmasters are proud to present London Underground by Seb Zito, a rave-ready collection of raw dancefloor sonics that draw influence from a lifetime of involvement in dance music culture. As always with Loopmasters packs, all sounds within are 100% royalty free!

Ever since Seb first discovered underground electronic in 94, he has evolved right through many elements of underground music. He has forged a strong house and techno sound since establishing himself as a resident at Fuse, however echoes of a more raw sound still permeates his music to devastating effect. A true raver himself, he has a natural affinity with the dance floor which he uses intelligently to build a connection and then taking the crowd deep into his own sound and space

His Labels Seven Dials & F&Z gain huge support from the house & techno scene, as have his own releases and remixes on labels such as Fuse, Infuse, Play It Say It, Edible, Four Thirty Two, ORIGINS, Rawax & Kaos Theory. A firm favourite at Fuse has seen him play at some of the worlds most renowned clubs and gain residency at Amnesia Ibiza with Fuse & Hyte. 2020 so far sees Seb pushing his Seven Dials brand further, his debut on Hot Creations, and his debut album dropping.

London Underground displays all Seb's rawest sound design feats for a guaranteed big response in the club. It is a diverse collection that will have you cross pollenating across your favoured dancefloor genres - gritty basslines will get chests rattling, merging old-skool UK garage style sub-bass with new era broken techno drumbeats. Moving 4/4s and shuffling hat patterns will have great utility for house tracks, whilst the ravey synth stabs and rolling percussion workouts will bring things into warehouse territory.

With loops playing at 127bpm, you'll be sure to have the sounds you need for house, techno, garage and any of their offshoots, alongside any other electronic and dance genres.